New Zealand's most prestigious piano competition, the Kerikeri National (now International) Piano Competition, for a time offered a "Richard Farrell Award". In 2008 Radio New Zealand presented four one-hour programs on Farrell's life and work, with interviews from many people who had known and worked with him.

Farrell left a number of vinyl recordings, on the Pye label, all in mono. Some of these discs were shared with Iso Elison. His complete studio discography has been transferred to CD, and first volume of his complete recordings (2 CDs) was released by Atoll Records in 2008, and the second volume in 2009. 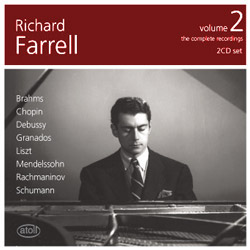 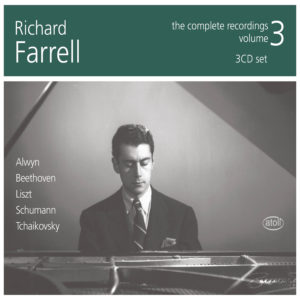